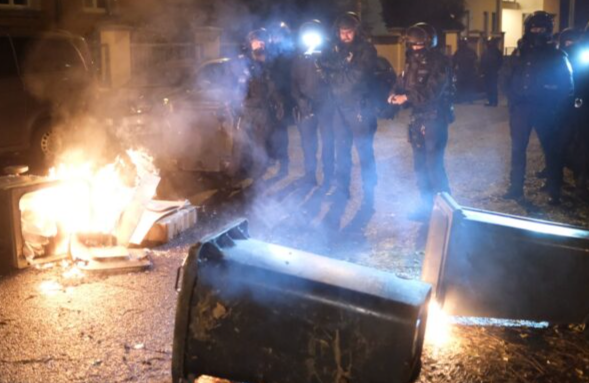 Attempted disruption of a protest against the sanctions war with Russia resulted in an altercation between antifa activists and police on Saturday.

After an attempt by Antifa to forcefully obstruct a march condemning the Western sanctions war with Russia, their effects on citizens, and the war in Ukraine more broadly, chaos erupted on the streets of Leipzig, Germany, on Saturday.

Leipzig, Germany: Police push back against a group of #Antifa militants blocking the road on Saturday. pic.twitter.com/MUutPWXnES

It happens at a time when many people in the nation are struggling to pay skyrocketing food and fuel prices as a result of tensions between the West and Moscow. Germany, in particular, has historically been highly dependent on Russian gas supplies and is therefore susceptible to supply shocks.

Many people in the nation now worry that they won’t be able to sufficiently heat their houses in the upcoming months as a result of such gas supplies running out, and demonstrations are growing as a result.

However, one of these demonstrations, which took place on Saturday, was met with fierce opposition; according to reports, mask-wearing Antifa members interfered with one anti-war protest march in Leipzig, Germany, on that day.

The intended marching route for the anti-sanctions demonstration was obstructed by protesters using both human barricades and flaming mounds of trash and garbage.

Videos that have appeared online appear to show riot police fighting with protestors dressed in Black Bloc garb as they attempt to remove the obstructions.

Activists on the left are also alleged to have thrown pyrotechnics in an effort to disturb the proceedings.

Many of those who took part in the anti-war demonstration, dubbed “Ami Go Home,” seemed to blame both Germany and the European Union of forgoing national interests in favor of placating nations like the United States and NATO.

The German economy is clearly suffering as a result of the current tensions with Vladimir Putin’s administration, as Moscow has largely cut off Germany from its supply of Russian gas, even though the veracity of this charge is far from apparent.