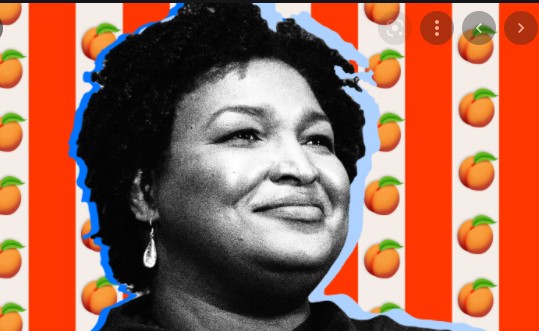 Stacey Abrams declared Wednesday that she will run for Georgia governor again. The announcement, which comes without any serious competition in the Democratic primary, sets up a possible rematch between incumbent Republican Gov. Brian Kemp and Abrams. Brian Kemp.

In a tweet, she announced her candidacy for Governor that reads: “I’m running for Governor because opportunity in our state shouldn’t be determined by zip code, background or access to power.”

Abrams also uploaded a video called “One Georgia” that outlines her plans to create a “stronger Georgia.”

I’m running for Governor because opportunity in our state shouldn’t be determined by zip code, background or access to power. #gapol

In the video, Abrams touches on medical debt, vaccinations, and small businesses.

“Opportunity and success in Georgia shouldn’t be determined by your zip code, background or access to power,” Abrams said. “For the past four years, when the hardest times hit us all, I’ve worked to do my part to help families make it through. My job has been to just put my head down and keep working — toward One Georgia.”

Abrams has been the presumptive Democratic candidate after losing the governor’s race to Brian Kemp in 2018. Since then, she has been working with her voter rights organization Fair Fight, which raised more than $100 million and built a statewide political operation that registered hundreds of thousands of new voters in Georgia

Abrams is hoping that the recent wave of Democratic victories, including the elections of Senators Raphael Warnock and Jon Ossoff, and Rep.

This is a sign Georgia may be ready to turn Blue. Joe Biden was also impressed by her performance and the subsequent organization. He became the first Democratic presidential candidate since 1992 to win the state. After two victories in special elections, the party won a slim Senate majority.

Georgia is still narrowly divided and many voters reject the party of the president during their first election. Abrams, however, is abandoning all pretenses of centrism and insisting that Democrats can attract new voters to Georgia, including transplants from the booming Atlanta region, Black voters who haven’t been involved in previous elections, and younger, more liberal-leaning white voters.

Abrams, 47 years old, was a Georgia state lawmaker who had little visibility outside of Georgia. She entered the race for the 2018 election hoping to be the state’s first Black governor and first female governor. She is now entering the race as a political giant widely credited with helping Georgia turn blue in the 1992 presidential election and for transferring control of the Senate to Democrats following two runoff victories.