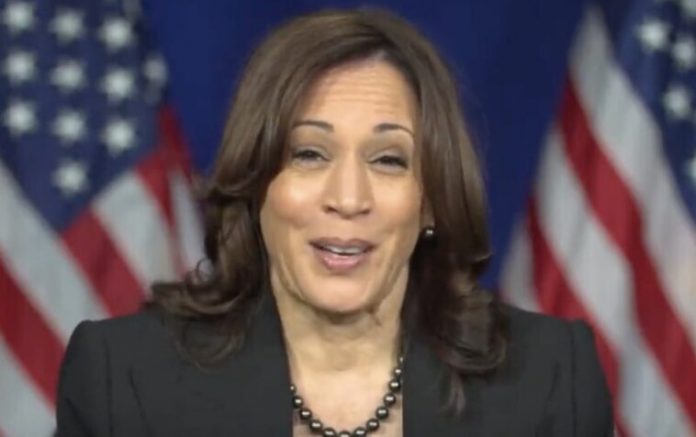 The Democrats decided to break the law to win in the Virginia Governor race. Why not? They are the only ones with power in Congress. Who would “prosecute them?”

According to WTOP news, “more than 300 Black churches across Virginia will hear from Vice President Kamala Harris between Sunday and election day in a video message that will air during morning services as part of an outreach effort aimed to boost McAuliffe.”

“I believe that my friend Terry McAuliffe is the leader Virginia needs at this moment,” stated Harris in the cringe video. She then praises McAuliffe’s “long-track record of getting things done for the people of Virginia.”

This message will be played before every church service through early November. In case you were wondering, the answer is YES….this is totally illegal.

“The ban on political campaign activity by charities and churches was created by Congress more than a half century ago. The Internal Revenue Service administers the tax laws written by Congress and has enforcement authority over tax-exempt organizations. Here is some background information on the political campaign activity ban and the latest IRS enforcement statistics regarding its administration of this congressional ban.

Currently, the law prohibits political campaign activity by charities and churches by defining a 501(c)(3) organization as one “which does not participate in, or intervene in (including the publishing or distributing of statements), any political campaign on behalf of (or in opposition to) any candidate for public office.”

Ryan Savaadra posted the following message from IRS. It proves that such campaigning in churches is illegal:

At this stage, Democrats are simply breaking laws to make fun of us. They know they can get away lawlessly at any turn and they love it.