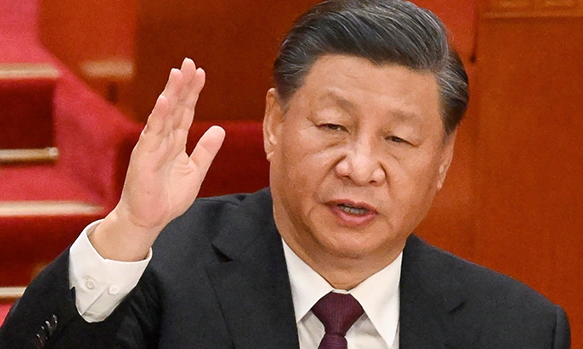 Following the 1973-74 energy crisis, Congress approved legislation establishing the Strategic Petroleum Reserve (SPR) to ensure that the US would not be so severely imperiled by its reliance on foreign oil control. International treaties have required the sale of America’s crude oil for the previous half-century. However, after witnessing President Joe Biden sell roughly six million barrels of it to the People’s Republic of China’s (PRC) state-owned oil corporation, an overwhelmingly bipartisan vote in the House of Representatives passed a law prohibiting the practice.

We shouldn’t hand the keys to our energy future over to the Chinese Communist Party.

Let's pass H.R. 22 and prevent the Biden administration from wasting our strategic reserves. It's the first step towards flipping the switch and unleashing American energy production. pic.twitter.com/GYvKkIEVrS

The recently-seated 118th Congress enacted H.R.22 by a vote of 331-97, making it illegal for the Department of Energy (DOE) to sell or export crude oil from the SPR “to any business that is owned, controlled, or influenced by the Chinese Communist Party.” Furthermore, in order to prevent Beijing from circumventing the embargo, all sales to any other country must include the provision that they will not ship it to the Asian nation. All of the “no” votes came from Democrats.

Republicans were particularly concerned about the president’s son Hunter Biden’s relationship with the Chinese energy corporation Sinopec. Representative James Comer (R-KY) and other Republicans on the House Oversight and Reform Committee questioned the April sale of $100 million in oil to Unipec America, a subsidiary of Sinopec, in July 2022.

In a press release, the group stated that it had analyzed records indicating that Hunter Biden’s private equity firm, BHR, had invested $1.7 billion in the Chinese energy company in 2015. Given that the younger Biden still appears to have “a financial interest in BHR,[it] raises serious questions about the motivation behind selling oil from the SPR.”

Comer and Representative Nancy Mace (R-SC) issued a joint statement on September 1st, expressing worry that any oil transferred to the PRC could end up in the hands of Russia and aid in the conflict that Russian President Vladimir Putin initiated against Ukraine about a year ago.