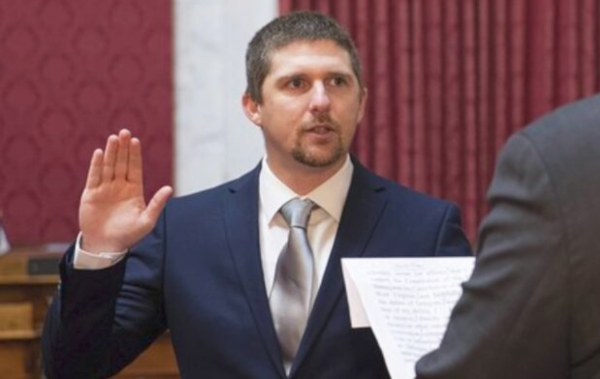 A former West Virginia state delegate who pleaded guilty to felony charges after entering the United States Capitol on Jan. 6, 2021, may return to the building as a member of the House of Representatives.

Derrick Evans, a former Republican member of the West Virginia House of Delegates, pleaded guilty to one count of civil disorder in March 2022 after entering the United States Capitol on January 6, 2021. Evans was sentenced to three months in prison for the felony charge.

Evans announced his intention to run for West Virginia’s 1st Congressional District in 2024 on Friday, the two-year anniversary of the 2021 Capitol breach. Evans announced his candidacy and the creation of his campaign website through a video message on Twitter.

Today, I am officially announcing my campaign for the United States House of Representatives.

I was previously held captive as a #J6 #PoliticalPrisoner. I’m proud to be America First & I will stand with the Freedom Caucus.

“Today is a day to celebrate,” Evans began his video. “But for me that hasn’t always been the case when it comes to Jan. 6. Last year it was a day of reflection, thinking about my fellow J6ers and the miscarriage of justice at the hands of our government.”

Evans stated that he had begun to consider running for federal office and had decided to launch his candidacy after receiving feedback.

“I’m thrilled to say that I, Derrick Evans, am officially running for a seat in the United States House of Representatives,” he said.

Evans is competing for the congressional seat now held by Republican Rep. Carol Miller, who has not declared her intention to run again in 2024.

On January 6, Evans filmed himself entering the Capitol.

“Two years ago today I boarded a passenger bus to Washington, D.C.,” Evans said in his campaign announcement. “The goal in mind was to protect our constitutional republic from the 2020 stolen election. If you told me what would happen next, I never would have believed you.”

Evans was arrested on January 8, 2021, after filming himself entering the Capitol.

Evans said in his campaign video that he entered the Capitol through a pair of open doors.

“I received a fist bump from a police officer after thanking him for his service,” Evans continued.

Evans uploaded a video on Twitter in July that appeared to depict the incident he recounted with the police officer on January 6, 2021.

Never before released footage of #Jan6 that I took.

Received a fist bump from a police officer who never asked anyone to leave.

I reminded everyone to not be destructive (they weren’t.)

Evans received a three-month prison sentence as part of a plea bargain.
Evans said in his Friday campaign video that he was only in the Capitol for about 10 minutes and was never near the U.S. Senate chambers or “the chaos” that day.

Evans was arrested on two misdemeanor charges: “Knowingly Entering or Remaining in any Restricted Building or Grounds Without Lawful Authority” and “Violent Entry and Disorderly Conduct on Capitol Grounds.” Evans faced up to 18 months in federal prison if convicted on the initial counts.

Evans left the West Virginia House of Delegates on January 10, 2021.

Prosecutors later filed two further misdemeanor charges against Evans for rowdy and disruptive behavior in a restricted building and parading, demonstrating, or picketing in a Capitol building.

The former state legislator was later charged with four misdemeanors. After pleading not guilty to the four charges in May 2021, prosecutors added a felony charge for impeding an official proceeding and aiding or abetting, which carries a maximum sentence of 20 years in prison.

Evans agreed to plead guilty to one count of civil disorder in January of last year and was sentenced to three months in prison.