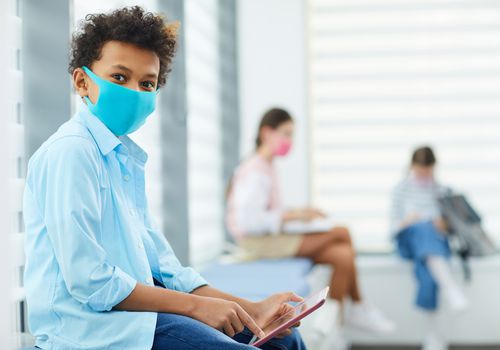 According to the Tallahassee Democrat, a challenge from six Florida school districts against the state’s ban of mask mandates was thrown out Friday by an administrative judge.

The case involved school boards in Miami-Dade, Broward, Leon, Duval, Orange, and Alachua counties, which had filed a challenge to the ban on mandates in schools.

Brian Newman, the deputy chief judge of the Division of Administrative Hearings, dismissed the case. He said that the emergency rule by the state “strikes a right balance by implementing protocols which are not more restrictive than necessary to keep kids safe and learning at school.”

“The COVID-19 protocols adopted pursuant to section 1003.22(3) should be no more restrictive than necessary to keep children safe and learning in school,” Newman wrote. “The fact that the Emergency Rule achieves this result — and at the same time involves parents in decisions involving their child’s health and education — does not run counter to the broad rulemaking directive.”

Florida Gov. In July, Ron DeSantis issued an executive directive banning school mask mandates. According to the Republican governor, parents can decide whether their children will wear masks.

The U.S. Department of Education asked a Florida judge not to withhold federal funds from two school districts in Florida for the implementation of mask mandates. Axios reported.

According to Axios, the department filed a complaint with the Office of Administrative Law Judges last week and sought a cease-and desist order against Florida.

“The Florida Department of Education has unlawfully — and explicitly — reduced the amount of state aid provided to Florida school districts based on their receipt of federal funds,” according to the complaint.

A complaint by the DOE alleges that the state cut funding to districts as part of a larger effort to discourage them from following the recommendations of the Centers for Disease Control and Prevention. Axios reported.