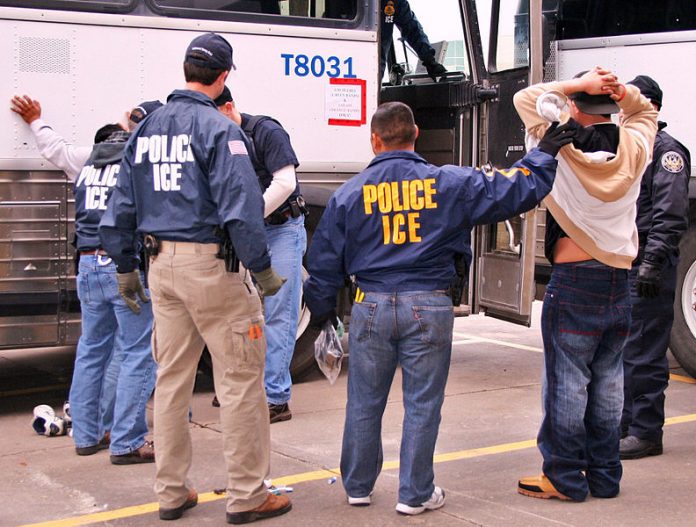 As legal challenges continue, a federal appeals court overruled a decision by a panel of three judges Wednesday. It restored an injunction that blocked President Joe Biden from granting “HTMO_ sanctuary country ” orders.

These so-called “sanctuary country” orders are issued by high-ranking officials at the Department of Homeland Security and Immigration and Customs Enforcement.

Acting ICE Director Tae John instructed agents not to pursue illegal aliens for deportation or arrest until they were convicted of aggravated felonies. This includes crimes like rape, murder, and child pornography.

It requires ICE agents also to prioritize convicted illegal alien aggravated felons. This is a small percentage of the estimated 20 million illegal alien population in America.

If ICE agents attempt to arrest illegal aliens who are not convicted of aggravated felons, known terrorists, or gang members, they first need to get approval through an inefficient and overwhelmed chain of command process. A field director or special agent in charge must give the go-ahead or it’s a no-go.

The sequence of court decisions.

After a lawsuit brought by Louisiana and Texas, Judge Drew Tipton of the U.S. District Court for the Southern District of Texas issued an interim injunction that blocked the sanctuary order orders.

A majority of the 16-judge Fifth Circuit has voted to overturn the decision of the three-judge panel and allow all the parties to hear the case in an en banc hearing.

En banc hearing cases allows the circuit court to reverse a decision made by a three-judge panel. Because of the declining probability of U.S. Supreme Court intervention in a case, the circuit court is often considered the last resort. This demonstrates the importance of en banc reviewing.