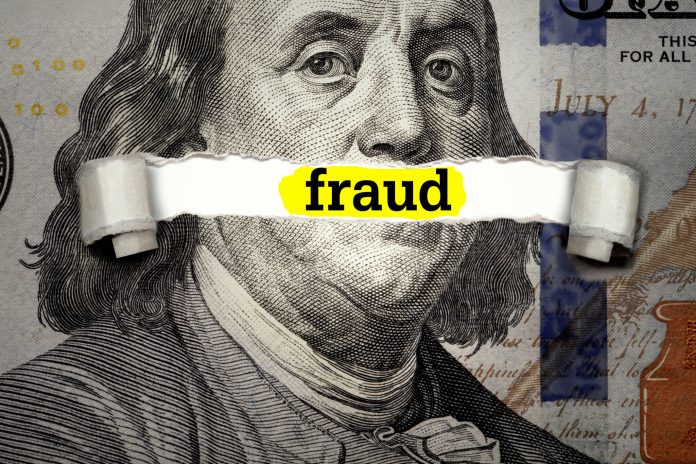 California was a place of great productivity and innovation for decades. California was home to tech companies, defense firms, and entrepreneurs from all walks of the business world. It’s now a land that is no longer productive but a land where welfare spending is excessive. To be precise, fraudulent, wasteful social welfare spending.

Open The Books article from RealClearPolicy states that California has spent at least $20 billion on fraudulent unemployment benefits since the outbreak of the pandemic. This is 11 percent of all benefits paid in California.

RealClearPolicy’s article was based on an LA Times report that revealed that California had paid tens to billions in fraudulent welfare benefits over the past year. The LA Times article says:

California has given away at least $20 billion to criminals in the form of fraudulent unemployment benefits, state officials said Monday, confirming a number smaller than originally feared but one that still accounts for more than 11% of all benefits paid since the start of the pandemic.

State officials blamed nearly all of that fraud on a hastily approved expansion of unemployment benefits by Congress that let people who were self-employed get weekly checks from the government with few safeguards to stop people who were not eligible to receive them.

It seems that California fraud was so widespread that at least $810,000,000 in benefits went directly to prisoners, as well as dozens of notorious killers on death row.

Or at the very least, those who claimed the names of the infamous killers were allowed to receive the benefits.

However, it is not clear if benefits went to murderers in prison or if checks were authorized to beneficiaries who submitted false benefit claims that had a false name attached. This is more likely as $2 million worth of benefits was paid to Senator Dianne Feinstein. The sheer size of the problem suggests that fraudsters sent the unemployment insurance claims rather than criminals.

California legislators imposed tighter identity verification controls to stop fraud. They claim that this has prevented fraudulent payments of $120 billion.

Still, the scale of the fraud is difficult to comprehend. To help put it in perspective, “Assemblyman Tom Lackey,” the LA Times reports, “brought along an illustration of 29 dump trucks filled to the brim with $100 bills representing just over half of that money lost to fraud.”

California’s fraud was $20 billion in the largest, but other states also struggled with the issue.

A report from the Department of Labor, for example, gave a conservative estimate that “by [the CARES program’s} end, $87.3 billion in UI benefits could be paid improperly, with a significant portion attributable to fraud” and noted that that $87.3 billion figure was likely low, as it’s based on a 10% fraud rate when the actual improper payout rate is likely far higher, perhaps as high as 15% or even 19%. If the 19% estimate is accurate, that would mean that nearly 166 billion taxpayer dollars were sent to fraudsters in the form of improper unemployment insurance checks.

This higher rate is not unreasonable. An AP report in Arizona showed that ” almost 30%” of $16 billion in unemployment payments sent by Arizona since the beginning of the coronavirus pandemic was sent to scammers. This means that between $4.3 billion to $4.4 billion worth of welfare checks were sent to fraudsters and scammers in Arizona, which is not a large state.

California’s incompetence may be the easiest to spot due to its large scale, but the Golden State wasn’t the only one that paid out huge sums of money to fraudsters.