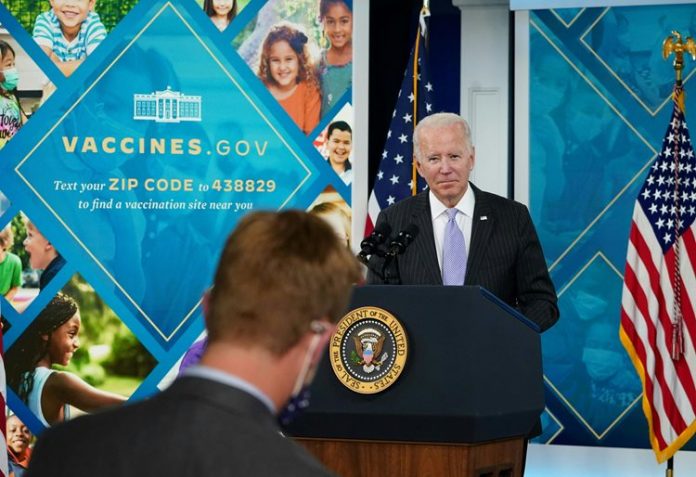 On Friday, 11 states attorneys general filed suit against President Joe Biden’s government to challenge a new vaccine requirement that applies to workers in companies with more than 100 employees.

The lawsuit was filed in St. Louis’ 8th U.S. Circuit Court of Appeals argues the power to compel vaccinations lies with the states and not the federal government.

“This mandate is unconstitutional, unlawful, and unwise,” said the court filing by Missouri Attorney General Eric Schmitt, one of several Republicans vying for the state’s open U.S. Senate seat next year.

The Occupational Safety and Hyg Administration has issued new regulations requiring that all companies employing more than 100 people be vaccinated or tested weekly for COVID-19. They also require workers to wear masks while on the job. January 4th will be the effective date for this requirement. You could face penalties up to $14,000 for failing to comply.

He said he sued “to protect personal freedoms, preserve Missouri businesses, and push back on bureaucratic tyrants who simply want power and control.”

As the fastest way to end the pandemic, the Biden administration has encouraged widespread vaccinations. The White House spokeswoman, Laura Bush, said that the mandate was meant to stop the spread of the disease that has already claimed 750,000 lives in the U.S.

The Daily Wire, a conservative media company, filed a federal court challenge on Thursday. Companies in Michigan and Ohio were also represented by a conservative advocacy firm.